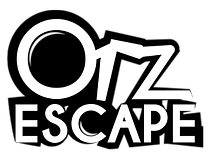 A Secret Invitation has been given for your investigation team to an abandoned laboratory connected with a serial killer. The team moves in quickly and somewhere along the way, things go awry. There are 45 minutes to escape the predicament.

After confronting evil clowns in the Vanished Carnivale and an odd Endless Dream at Orz Escape, we took up the Secret Invitation to find out more about this serial killer.

With less than an hour to escape, Secret Invitation was one of the hardest escape rooms we have completed. This game throws a series of high difficulty puzzles with a strong deductive bent. Starting with isolated members, the game requires extremely good observation and teamwork. Communication between members becomes key right at the start as there is a lot of information to be relayed – if any team member is unable to describe his or hers surroundings, the first puzzle will be extremely difficult! Be precise!

For those who start the game “less restricted” than others, there are seemingly multiple initial points, which are actually various parts of different puzzles that can be found early on for future use.

This trait of mixing teamwork with complex and layered logic puzzles is a strong feature of this room. In our case, good communication and simple solutions allowed us to crack a puzzle before it was meant to be solved in the linear structure of the game, much to the surprise of the gamemaster who came in to provide a hint. Also, be very focused since the beginning – a briefing was never so important to a game as this one! Orz does a very clever thing while explaining the room, which may save you a lot of time later (or make you despair if you did not pay attention).

By mid game, our group of five were divided into separate groups, tackling different efforts. All of these puzzles required combined brainpower or physical coordination and none of them were easy. A task that required dexterity (and could probably be done with 2 people) turned into a thrilling 4-people mission because none of us proved very handy with the items provided. Oh, boy, we laughed at that one.

There were some recognisable mathematics and interpretive puzzles, however, so much of it was combined with other layers of skills.  The tasks were pretty challenging and all of us were busy all the time. Our very energetic group were on a high as we finished the game with a good time. Pay attention to the briefing too, the information is important. 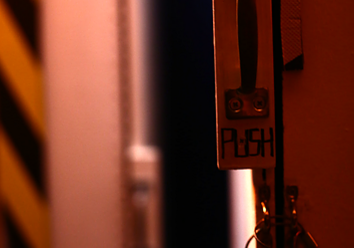 I suppose the main thing which could be improved with Secret Invitation is the setting. The room could look more like a laboratory, abandoned or not. The background with the serial killer doesn’t seem to gel too much and the late game reveal is again a bit rushed, although interesting. Neither Pa nor I were big fans of the gamemaster in room hint system either, however, these are all minor complaints in what was otherwise an exciting game.

This escape room can definitely cater for the maximum amount of players and still provide a challenge. We were super proud to complete the game at 52min 20s (including the penalty for using 2 hints), which placed us at third place of the record at the time. By the time we were done with Secret Invitation, it was time to call it a day. The game was intense.

Service: Briefing was very clever (and essential to the game) and gamemasters were quick to respond when summoned. Personal belongings are stored in large chests and you get Polaroid pictures in the end if you escape.

Surroundings: Orz Escape is in the middle of Melbourne CBD, so the options to eat and shop around are plenty. If you are into some historical tours, take one of the Ghost Tours at the Old Melbourn Gaol, a few blocks North from Orz. They are very creepy! You will hear about some real serial killers and one of Australia’s infamous criminals, Ned Kelly, who was hanged there.

The folks from Weekend Notes also did a fantastic review for Secret Invitation.