If you ever checked the About Us page, you will see that I describe myself as a bookworm. Before I became a puzzle-lover, little Pá was already a book lover, always with her eyes on some fantastic story. When we were invited by Next Level Escape to try their room, Ex Libris, I was immediately excited. A room about literature? In which you are trapped inside the book world? Why would I even want to escape from there? 😀

The risk of great expectations is that if they are not met, you can get really disappointed. That was not the case in Ex Libris, which was a beautiful, great escape room, with a myriad of tasks and puzzles of various types that fitted beautifully in its literary theme. Maybe people who are not so fond of literature may not feel as excited. But for me, who had Hercules, Frodo and Narizinho as some of my best childhood pals, it was a delightful experience.

In Ex Libris, a portal opens between the real world and the literary world. Your team is trapped between the two. Your main objective is to find your way back to the real world, and if you manage to do it, you finish the game. However, there is an optional objective: you can look for a magic item that will seal the portal between two worlds and prevent other people from getting trapped between dimensions. This is a 75 minute room. Trapspringer and I managed to find the exit in 55 minutes, more or less, but we decided to go on. Our efforts were worth it! At almost 74 minutes, we found the item we needed and closed the portal! The world was safe! 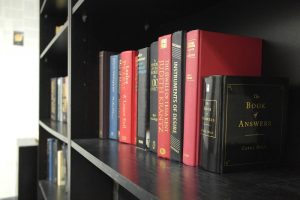 But what exactly happened during those 74 minutes? Well, Ex Libris is actually very hard to review without spoiling anything, but I will try my best. The game starts in the Main Library that connects both worlds. There are pages and books everywhere. As you explore your surroundings, you will find information that will lead you into three other big areas, each one connected to some canon story of literature of the English language. Two of those are from the Victorian era, one is more contemporary.

Like in the Myst game series, you travel between the worlds from these different books and your actions inside each of them will affect what you can do in the other ones. I will not reveal what these worlds are, but it is undeniable the designers choose very good stories to work with. The three books are among my favorites list, so it was very pleasant to unlock their secrets. Two authors are male and one is female. Two have only consonants among their initials. All of them sold many copies of their novels globally, however I guess only one was considered the creator of two masterpieces in completely different genres. (You will have to play Ex Libris to check if your guesses are correct 😉 )

Within each of the three literary areas, all puzzles are related to that specific story. However, no previous knowledge is necessary and you can solve all puzzles even if you have never heard of the characters before (which we doubt – most players will probably be familiar with at least one of the areas, if not all). After the game we actually went through all the puzzles and could not find a single one that required external knowledge: there was always a reference somewhere that would help you. 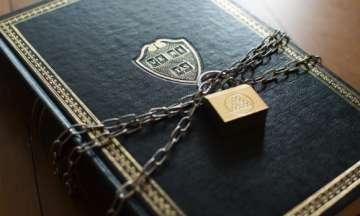 In terms of puzzles, there were TONS of them. We gave this room a 10 in creativity because we were impressed by the variety and the creative use of props and resources. There was search, association, decryption, basic forensics, uncommon sensory puzzles, logical deduction, map analysis, observation, layered tasks… the list is long. It was also impressive how many of these puzzles combined these different skills in ways that matched the different literary sections. It was very original.

There was even a (ridiculously funny) easter egg. There were no crazy pyrotechnics or gratuitous use technology, but the embedded tech and the beautifully woven flow of the game were spot on. All props worked and seemed carefully built to match the place they were inserted. Be prepared to “travel” a lot among the areas and be organized. Most of the game is non-linear and tasks overlay each other, so do not loose track of all the objects you are using!

The game is family-friendly and one of the areas will be especially attractive to the little ones. While Next Level says it is suitable to 2-10 players, we can attest that Ex Libris is REALLY hard with only two. We would suggest having four or six, so each pair can work in a different section, helping each other.

Our gamemaster Lexi, who also contributes to Escape Rooms Reviews, was a gem herself. Playing the role of the “narrator”, she followed our steps and was always on point to send a hint, that always sounded like a phrase you would find (guess where) in a book! Next Level uses the “voice of god” system, in which you talk to the walls if you need a hint, and the GM will reply through the sound system.

In terms of price per minute, Ex Libris costs more than most rooms in Sydney. We played this game at the invitation of Next Level (after paying normally for our run in their now-retired Blitz Room, which was also very good). However, due to quality of the game, we would highly recommend this room if you can afford it. It probably entered my personal list of favourite rooms in Australia. Like when you read a good book, I left Ex Libris wanting the next chapter.

Service: Lexi was fantastic since the first emails we exchanged (in which she signs as Jedi Game Master). She was very attentive and played the role of a funny narrator while we dealt with our adventure. After the game, we had a nice chat about the industry and nerd stuff in general with her and Allan, another GM.

There are lockers for player’s belongings and water available.

Communication: You just talk to the walls and the gamemaster speaks back to you. The sound is very clear and hints are unlimited.

Surroundings: Next Level Escape is conveniently located in Hunter Street, in the city centre, so there are hundreds of options to eat and see. They are in the middle of the way between Darling Harbour and the Sydney Opera House, or between the  Wynyard and Martin Place trains stations. We suggest a walk through the Royal Botanic Gardens towards the iconic Opera House, if you decide to do some tourism after your game.

Ex Libris has also been reviewed by Escape Rooms in Sydney, Gotta Get A Room, Escape Me, and Time Out.

In late-2017, Next Level Escape also released The Artefact, which we found very fun.